You may have recently noticed a new feature on your Facebook side bar; a little panel called “Trending.”

So, what is this new feature and how does Facebook decide what’s trending?

What is the new feature called Trending and how do I use it?

Only currently featured on the desktop platform, not the mobile app, you’ll find the Trending sidebar just underneath the birthdays and just above some sponsored adverts. It lists three topics and how many thousands of people are talking about each. Hover your mouse over a topic and it’ll give you a headline from a popular article about it. Click on the topic and it’ll send you to a page listing all of the people, friends, and pages you follow as well as public posts and news articles about this topic.

You can choose to toggle between five categories. The default is “Top Trends”, but you can choose to filter topics into Politics, Science and Technology, Sports, and Entertainment. Three topics will be listed, but click on the ‘more’ button at the bottom and you’ll see 10. 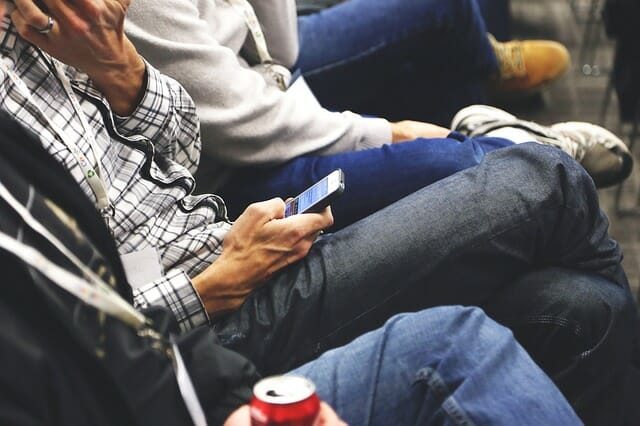 Why do we have Trending?

An undeniably large percentage of people use Facebook as a news source – 62 percent according to Pew. The Trending feature is a move by Facebook to simply the news-finding process on Facebook. It’s branching out from its original position of ‘personal news broadcast service of photos of brunch and babies and updates of how people are feeling’ to be somewhere that users come for actual real-world news and current affairs.

How does Facebook’s Trending compare to Twitter’s?

Twitter was the original social media platform to have a Trending feature, and it’s difficult not to draw comparisons between it and Facebook’s version. The very nature of each platform makes the Trending features different for each, however.

Twitter has always been a public sphere where people conduct public conversations. Facebook has always been more private, with most people using privacy settings that don’t make their on-platform activity public.

Twitter’s trending list can be sorted geographically (you can check what’s trending globally, or by country or city), but it’s standardised. Everyone sees the same Trending topics based on which hashtags are being used the most.

Facebook, however, has established their point of difference as one which personalises the Trending list for each user based on their location, and activity on the platform (it takes into account the pages the user likes, their engagement on the site, and their own timeline).

Twitter’s Trending is all about the hashtag, which is straightforward for them considering that hashtag use is standard on most tweets. Hashtags aren’t as common on Facebook, however, so they’ve had to create an algorithm which measures not just hashtags but statuses, link shares, and comments.

There are a few steps in the Facebook Trending process. The first is a good old algorithm.

Their algorithm does two things: it searches hundreds of news sites for breaking news, and scours Facebook for topics that have spiked in mentions. The spiking is the key. If it were based purely on volume of mentions, some topics would be up there all the time (Kim Kardashian, for example), even if there were no breaking news or current event tied to that topic. The algorithm takes into account the baselines level of mentions of a topic and measures the relative increase in it being talked about.

The second step involves humans for quality control. The Facebook Trending team look at what the algorithm has found and check that the topics are actually news. For example, #lunch might spike in mentions around the middle of the day, therefore the algorithm might pick it up. The team throw those kind of things out and make sure that only real-world current events are covered.

Finally, another algorithm decides which trending topics will appear on each user’s feed based on their location and their activity on the platform.